Pranking the stag has been a tradition dating back many years, making a stag party without a prank a bit like a wedding without a cake. If you have a stag do coming up soon and are unsure how to prank your stag, then let us here at Party Krakow assist you!

Of course there are a number of traditional stag pranks such as dressing him up in a ridiculous costume or tying him to an object in the city centre, so we decided to think a bit outside the box and find some more original pranks which are sure to make your weekend in Krakow a memorable one.

Whilst writing on a sleeping stag may be a common prank, it works better if it is done with UV paint. This way it ensures he doesn’t notice anything until entering a club where it will show up under the lights.

Much like number 20 this is a newer and more extreme version of an old classic. Once the stag passes out after a night’s drinking proceed to do the old classic and shave his head. Once this has been done the hair trimmings can be glued to his face to make a false beard. Oh yes- we are sure the wife to be will love the joke and will personally thank the organiser for this splendid idea !! ;)

This one works with either Paintball or Air Soft shooting. Dress the stag up in a costume (preferably something which is difficult to run in)

A bit more creative this one; take the stags phone, wallet, keys etc. and say that the only way he can raise money for the evening’s beers is by busking for it. The best location is on Krakow’s Market Square where you and the rest of the party can find a nice outside bar to sit with a cold beer and watch him earning his beer tokens.

Wait until the stag is in the shower then steal his clothes and wallet. Leave him just a fancy dress costumer (the more embarrassing the better) and directions to the bar you are in. Make sure he has to walk through a heavily populated place to make it work better.

Like many of these pranks it involves waiting until the stag passes out from drinking. Once he’s gone, a budding medical student (or a trained person if you have one with you!) proceeds to put his leg in plaster. Watch the shock on his face when he wakes up in the morning, especially if you manage to cook up an elaborate story to go with it. A fake medical bill can also add to the effectiveness of this one.

Once again when the stag is asleep, one brave person is to put a mars bar between his ‘cheeks’. The look on his face when he wakes up to find the brown gooey mess in the back of his pants will be priceless.

I’m sure we all remember the classic children’s game where you had to put objects on the plastic donkey without it kicking? Well why not try this with the passed out stag? Put as many objects on him as you can before he wakes up. 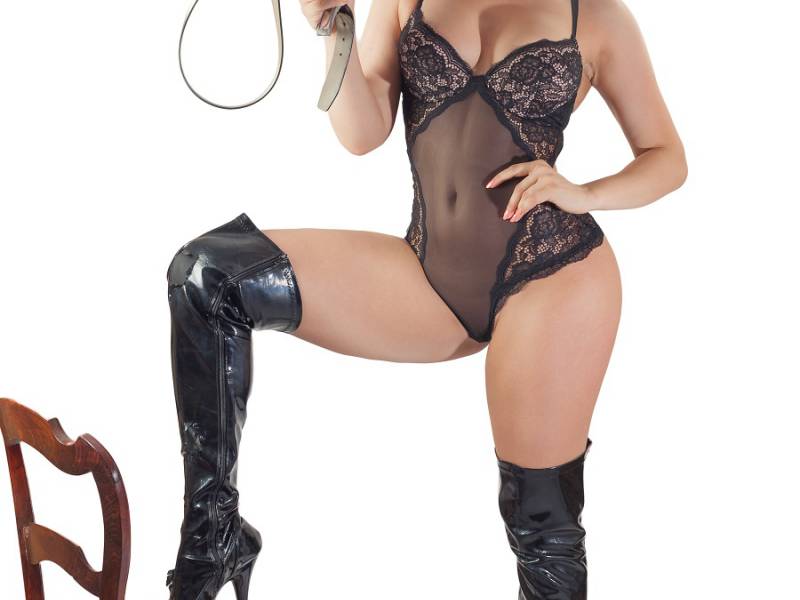 Quite a normal and simple one this, but it lets you be creative. All you have to do is set the stag a dare however you can of course be as creative as you want. Here are a few suggestions to get the ball rolling;

- Say the stag can only hop when going between bars. This one’s particularly entertaining after a few beers have been sunk.

- The group takes a vote on their worst ever chat up line and the stag has to use it on one girl in the bar.

- The stag has to wear shoes on his hands for one hour (this one makes drinking particularly tough). 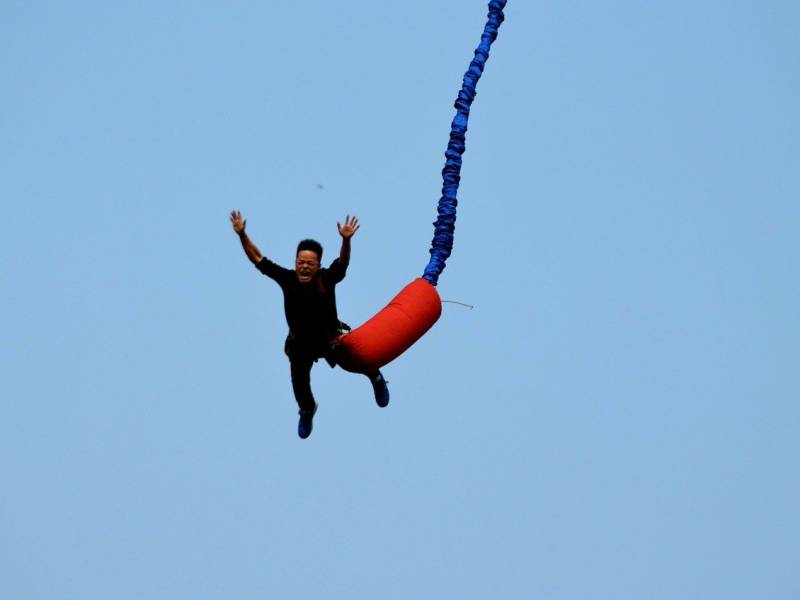 This one only works if the stag is scared of heights. Blindfold him and make him think he is going to do a bungee jump when all that’s really going to happen is he’s going to fall forward into a paddling pool/lake.

This one is nice and simple. Take a box of wax strips with you to the bar, hand them out to selected females and tell them they can each choose one place to wax the stag.

This one is only going to work if the stag isn’t too hot on geography. Before the trip one of the group needs to make up some official looking documents that are supposed to be visas for Poland. At a suitable moment early in the trip ask if everyone sorted their Visas out. When everyone produces theirs and the stag doesn't, just tell him not to worry you're sure it'll be fine. For as long as possible keep the ruse up, making him hide from any official looking figures. Obviously this one works particularly well in the taxi on the way to the airport. It might sound like it’s a bit too far-fetched to work, but then again I did once convince a friend he needed his passport to visit the Isle of Wight! 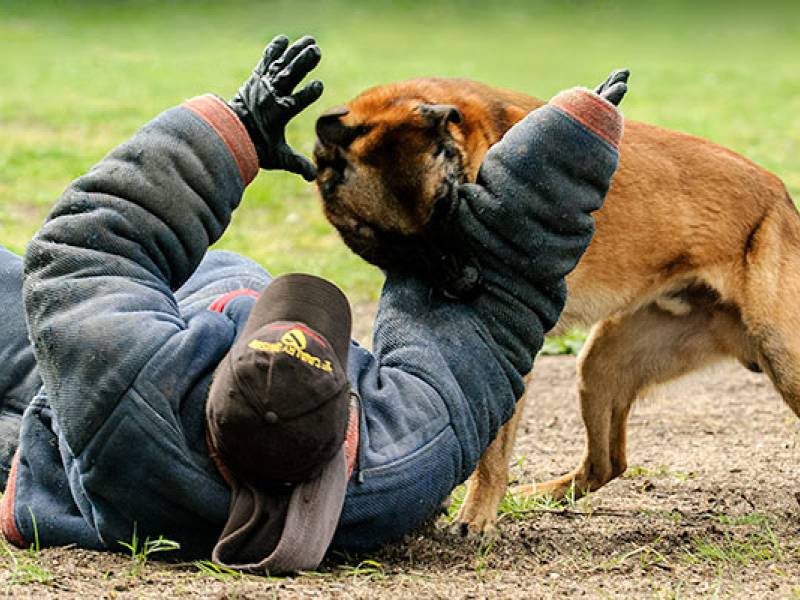 If your stag thinks of himself as a bit of a tough man then perhaps this is the perfect stag activity for him as it’s been known to turn even the hardest of stags into a shivering wreck. Imagine the sight of your mate wearing a chunky protective suit being chased across a field by a baying German Shepherd screaming at the top of his lungs.

Once the stag leaves his phone unguarded quickly swap round his fiancé’s number with one of the group, that way whatever the guy on the stag party sends him he will think is from his bride to be. I’ll leave it up to you to decide what you want the messages to say…

“Alright mate where are you? We need to go through security soon…” Imagine the look of panic when you call your stag making him think he’s at the wrong airport whilst you hide around the corner watching him. “You’re in terminal 5? Dude we’re going from Gatwick…”

This one starts off nicely, the stag sitting around a paddling pool drinking beers with his mates watching two topless beauties writhing around in the oil. All is going well until the stag realizes he has to wrestle the girls in the final round, which obviously ends up with him losing both the match and his clothes. 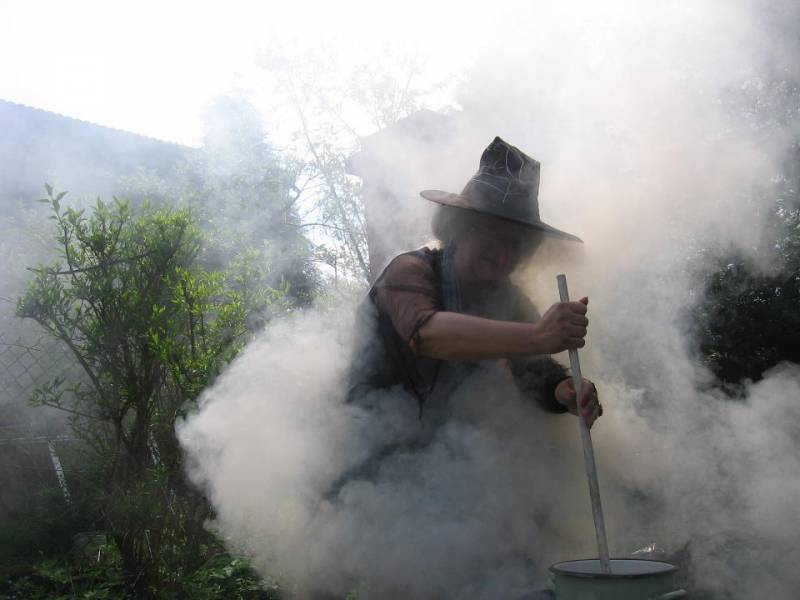 Also called the Roly Poly or "the Beast" - one of our particular favourites at PK especially if ordered as Beauty and the Beast stag prank. Imagine the amusement on the stag's face when he sees a gorgeous brunette or blond approach him, slowly removing her clothes to the rhytm of the music, handcuffing him to somethingl and eventually blindfolding him... once she does she doesn't stop and althugh he can't see now, he can feel she is undressing him... The point is that it's no longer her  - it's her rather large, rather old friend. As a recent bystander of this prank said ‘when she took her top off it was worse than we thought, thank god she stopped at the panties’…

A classic which has grown in popularity in recent years; hire a dwarf and have them handcuff themselves to the stag for the duration of a pub crawl. This one is sure to give you a lot of fun and create some great memories for your stag trip here to Krakow. If you would like to arrange this for your stag party then please contact us.