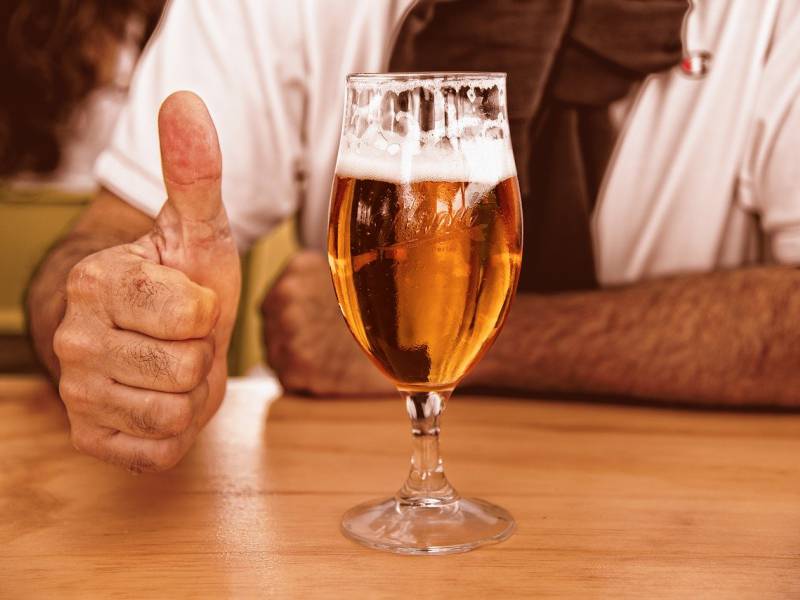 Recommended for Krakow stag weekends, bachelor parties, birthday celebrations, annual events or team building exercises if your team is particularly into getting drunk and shouting at each other ! Krakow Drinking Golf takes the fundamental Idea of golf, lays to one side the silly trousers, the standing in the rain and the risk of contracting Leptospirosis, and delivers a much more enjoyable, although often more dangerous, version of the game we all know. Drinking Golf should only be set on a nine hole course, 18 holes would mean that the majority of players would end their night in hospital, crying.

This is an easy game that is a lot of fun to play. Make the groom the Thumbmaster. Anytime that he places his thumb down on the edge of a table, everyone else has to do likewise. The last person to get his thumb down has to drink.

This game is just like Thumbmaster. The only difference is that the Headmaster puts his head down on the table instead of his thumb. This game can get a bit messy, so it should only be played while everyone is still fairly sober to avoid a lot of spilt drinks.

This game involves everyone in a circle. One person names a category. It could be anything from Jim Carrey films to brands of condoms. Each person takes a turn naming an item in the category. If they repeat a previous answer or cannot come up with a new one, then they have to take a shot.

The first person says, “One sock cutter, he cuts socks.” The next person says, “Two sock cutters, they cut socks.” This continues until someone inevitably slips up by replacing the letter “s” in sock with a “c” to form an expletive. The person who messes up has to drink.

This is a game from the US that involves plastic cups full of beer. Players have to down the beer and then flip the cup upside down from the edge of the table using only the tips of their fingers. It is a lot of fun and is usually played in teams.

This is played just like the childhood game with one big exception. When players fail to find a chair after the music stops, they are forced to take a shot.

A beer drinking relay race at a stag do in Krakow is always a lot of fun. Participants are given a mug of beer they have to chug. The anchorman is usually forced to chug two mugs of beer on the final leg of the race.

9. BLOW UP YOUR DOLL FIRST!

Krakow stag parties aren’t complete without blow up dolls. One of the best games for a stag do party is to have the groom and his groomsmen compete to see who can blow up their doll the quickest. The losers have to take shots out of the dolls orifices.

A very fun game is to make a certain word taboo for the evening. It could be “drink”, “stripper” or any other word that will be said a lot. Anytime a person is caught speaking the taboo word, they have to take a drink.