The Art of Striptease

The art of striptease has two opposing reputations, on one side it is an art that has rendered many iconic and famous personalities and on the other a sleazy and chauvinistic act or described as a taboo. Opinions are finely divided on the ethical representation of a strip artist or the more colloquial term of stripper. In modern times we have male strip artists but women are not perceived in the same way as men are, it’s a bit of naughty fun in general even though women can be more enthusiastic or even daring while men display enthusiasm from within the protection of the group, shouting comments and whistling until singled out by the strip artist when the male usually goes quiet either with embarrassment or serious intent as his mates continue to jibe him. Maybe it’s because men are more sexually driven or the fact that an aroused male is clearly noticeable whereas a female does not have that obvious sign of arousal. One point is definite though, men and female strip shows are far more numerous than women and male strip shows. 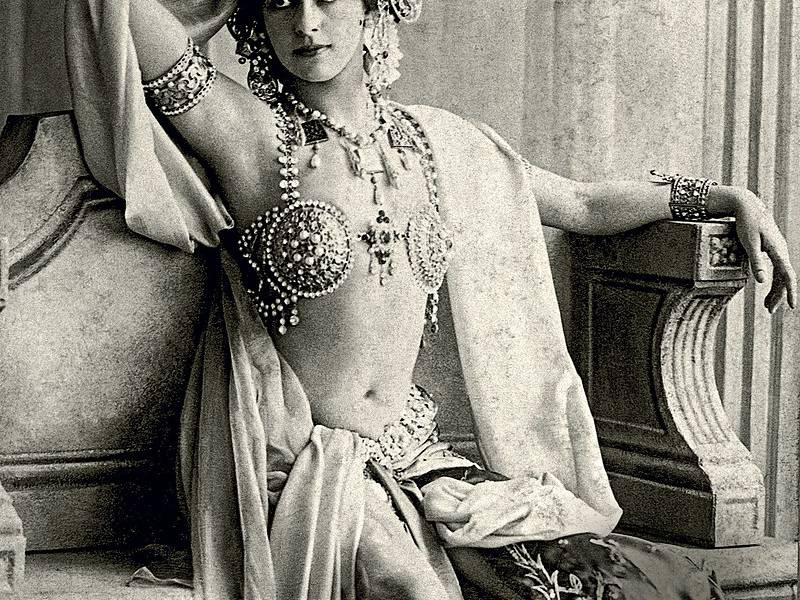 The art of striptease goes back centuries to ancient Greece and the Roman Empire and an exotic dance by Salome for King Herod is mentioned in The Bible but the word striptease did not come into use until it was first recorded in 1932. In the houses of ill repute in 18th century England they had Posture Girls, these girls would strip while dancing on tables for the clientele in waiting. In Arabic culture there is the erotically charged Dance of the Bee, a woman seductively loses her clothing while searching for the fabled bee supposedly caught up in them. So, a form of striptease has always existed through the ages and highlighted in literary works and music symphonies. One of the most famous or notorious strip artists was Mata Hari (pictured above) who was shot as a German spy by the French military in WWI. She used her charms on high class gentlemen and high ranking military officers, many say she was executed unjustly to save embarrassment for the mesmerised military officers she entertained. Everybody has heard of the Folies Bergère in Paris, the star of the show was a black American-French girl call Josephine Baker. 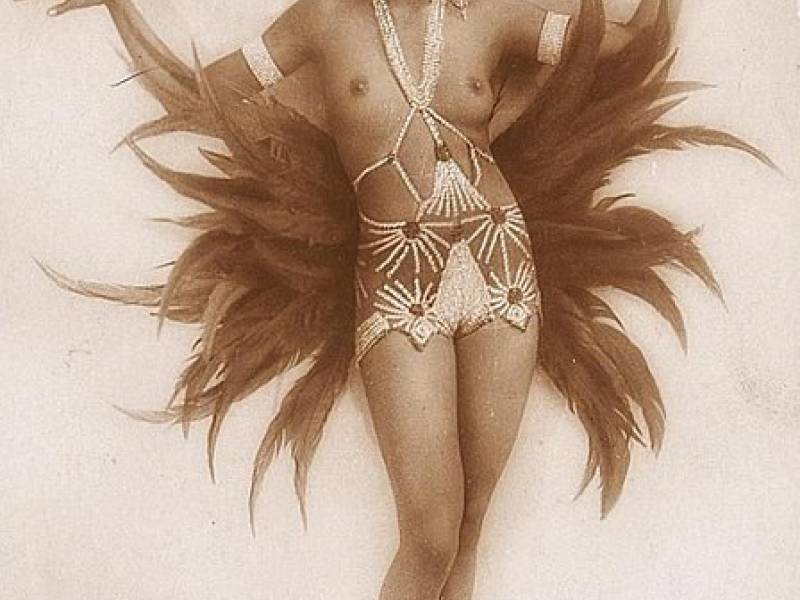 Her ‘Parisian’ shows as they were referred to featured a large group of scantily clad supporting dancers for her highly choreographed act. In the 1920s and onwards the Parisian style strip shows increased and further gentlemen’s clubs were opened in the Pigalle region of Paris situated oddly enough at the foot of the well-known Sacre Coeur de Montmartre Roman Catholic Church. The Pigalle district is a famous red-light area and has a reputation for music venues too. The most famous clubs apart from the Folies Bergère are Moulin Rouge and Le Crazy Horse Saloon which Bruno Mars said he visited to do a video for his Gorilla song, yeah, right, for research. Famous strip artists from America has Gypsy Rose Lee and Sally Rand in what was called a Burlesque Show. They travelled all over America due to the tightening of laws banning this form of entertainment. In the UK two notable strip artists had their own venues and were highly successful, Laura Henderson created the Windmill Theatre in the 30s and Windmill Girls who also toured the country and Phyllis Dixey in the 40s opened the Whitehall Follies this led to the infamous or famous Soho district becoming known as a hugely popular red-light zone.

The 60s brought about the first strip clubs with private members enjoying full nudity entertainment and the Raymond Revue Bar was the first offering this elevated service. The new more raunchy acts saw the birth of Go Go Topless Dancers, pole dancers, private dancers in booths in the strip club itself. Pubs got in on the act too by organising a special strip show event where the artists would go amongst the drinkers to collect money before the show started, a lucrative business indeed. In the 70s strip clubs popped up everywhere and were frequented on a nightly basis 7 days a week. Since then new styles were adopted and past styles revived such as eating sushi or fruit off a naked girl, mud and oil wrestling, the lap dance and the revival of the Berlin Burlesque trend of the 30s is now back in fashion. There are even competitions for the best of each style at international level, you can also learn to be a strip artist or exotic dancer by joining belly dancing schools or lap dancing studios. Taking one’s clothes off has become a multi-billion pound business today. The song from the 1976 film, Cabaret with Liza Minelli set in a 30s Berlin burlesque club aptly sang, Money Makes The world go Around but so does taking your clothes off in a seductive way, the two go together hand in hand.

In the 70s male strip artists began to appear, mainly in underground venues and private functions with the Dream Boys and the famous Chippendales featuring highly sculpted and muscled men ripping off the clothing and creating the term The Full Monty, which meant that went totally nude during the show. This inspired the 1997 film of the same name, Full Monty by director Peter Cattaneo with Robert Carlyle of Trainspotting success. The film was a blockbuster and won heaps of awards. 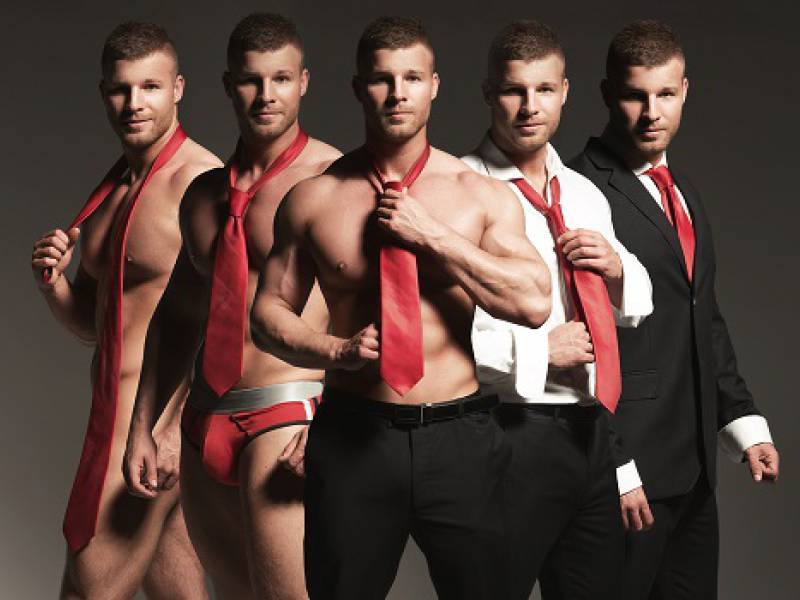 The traditional inclusion a stripper during a Stag Party Do has always been the trend since the Stag Party was invented. This has seen many dedicated Stag & Hen companies burst onto the scene especially since the 80s. Party Krakow has many strip artist options to choose from with such activities as an airport pick up by the Party Bus, Limo or Hummer complete with up to 4 strip artists which can include Big Bertha Roly Poly for a good laugh. Dine & Strip, Naked Sushi or River Boat & Strip and the Morning Glory where the Stag is woken up by the Naughty Housemaid and the visit to a strip club during a pub crawl. The crème de la crème is the Oil Wrestling & Vodka Tasting event, the strip artists drag The stag in with them in the final round, spectacular and most entertaining for all the Stag group. Let’s not forget the Hen Parties, the same options are available but for the adventurous Party Krakow offers Pole Dancing lessons with Prosecco. All good fun, naughty but good fun.

Whatever your views on the art of striptease remember that some of the world’s best known actors have portrayed the sensuous striptease to great acclaim in award winning films. A few mentions, Rita Hayworth in Gilda, Jane Fonda in Barbarella, Kim Basinger in 9 ½ Weeks, Lindsay Lohan in I Know Who killed Me and from the TV comedy series ‘Allo ‘Allo, Helga often stripped off for General Von Klinkerhoffen.